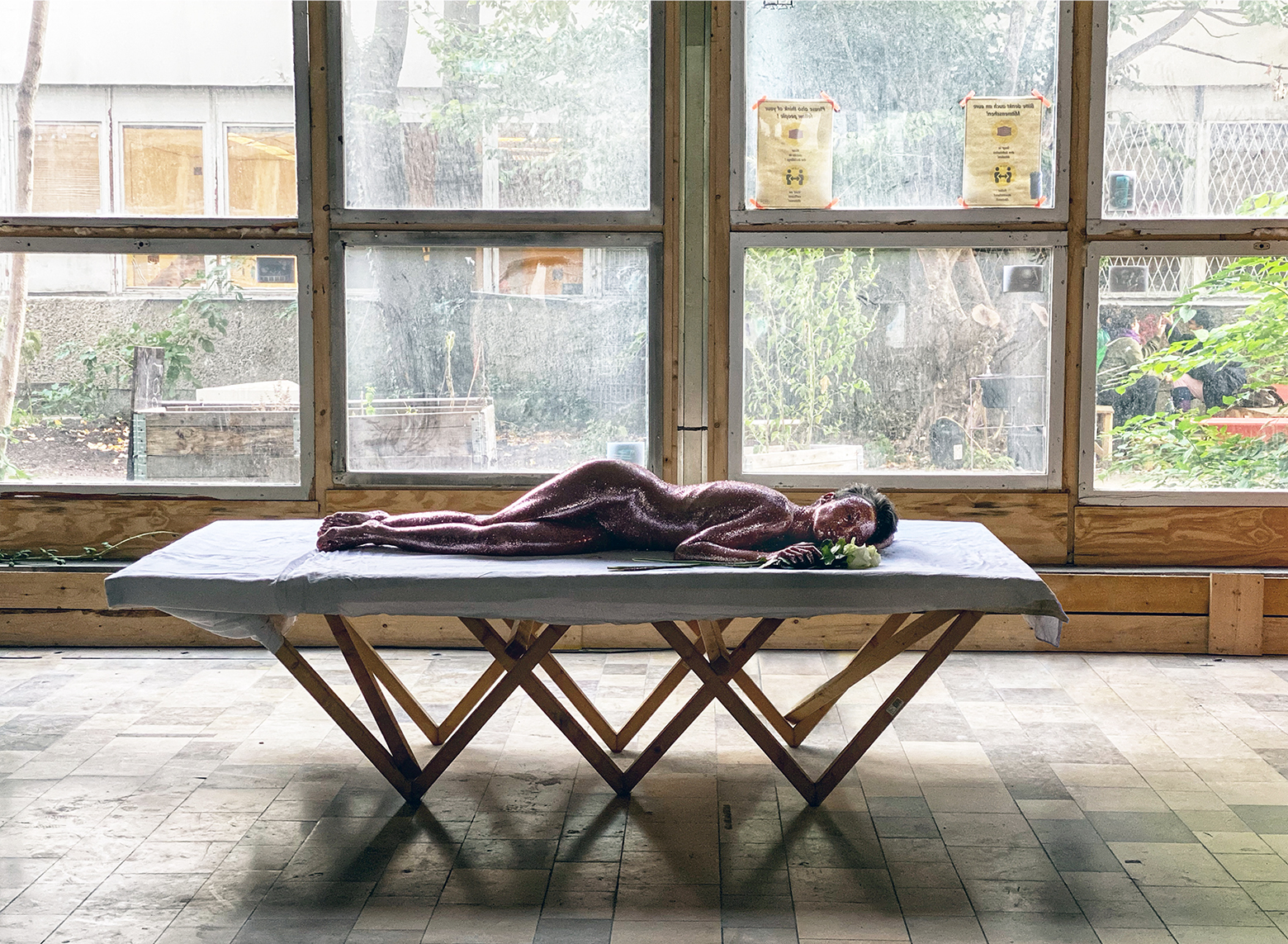 Zak Kostopoulus (aka Zackie Oh) was a Greek drag queen artist, Queer and HIV activist living in
Athens. On the afternoon of September 21 in 2018, he had been beaten up by some men. The police
officers who came later continued to beat him even though he was lying down unmoving on the
ground. Afterwards he died in the ambulance. It has been two years now. Still, the killers are
unpunished and the trial continues.

While daily governmental violence and oppression towards LGBTI+ people are raising through
exploiting of the COVID-19 crisis, in “White Roses, Pink Glitter”, Leman S. Darıcıoğlu remembers
Zak Kostopoulus and creates an image of Queer resilience and mourning. Borrowing glitter by Zak’s
instagram-post, titled “What if we get lost? I just follow the glitter,” Darıcıoğlu uses the glitter as a
metaphor of Queer strength and survival under the contemporary heteropatriarchal regime. While
the white roses generally used to express condolence in funerals in Germany, it is also referring to
the resistance group “White Rose,” under the Third Reich regime and furthermore, the pink
references the pink triangle of the Nazi’s symbol marking [male] Homosexuals. By merging the Nazi
time references with the contemporaneity, the artist asserts that Queers are resilient resistants of
today’s daily fascism which still causes countless deaths, violence and precariousness.